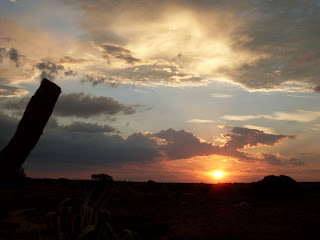 This is probably the last message you’ll get from me for a while. On Friday I’m going over to another volunteer’s site to visit and hang out for a couple days, then we’re going to Pretoria, then to Eastern Cape! I’m still debating whether or not to take my internet phone, but I’m leaning towards yes, so I should have the occasional post on my blog. I know everyone is keeping up on that religiously, right? (Right?) I’ll be back around the fourth or fifth of January.

School is out here, so things have been a bit dull here for the last couple weeks or so. I actually ended up writing the math and English test for the 7th and 8th grade, since I did almost all the teaching for those subjects this year (even though I arrived 3/4ths of the way through the year). I only tested them on what I had taught, which was several grades below level, but most of them did fairly well. I figure with a whole year of me forcing English on them they’ll be a lot better next year. In my humble opinion, this is probably the best year the grade 7-8 learners have had with math and English at my school in the last 5 years or so (when the last volunteer left), which is just another way of saying the educational needle is off the peg, if only by a notch or two. Hard to do worse than zero.

After the learners took their final exams, the educators spent the last three weeks of school tallying grades and submitting the reports to the department of education. Of course they slacked off until the very last minute and managed to infect their computers with a devastating virus, but with a little help, and only about half the reports fabricated, they managed to get everything submitted on time. (On a side note, here viruses are rarely spread by email or internet, since few people have such things. Instead, it’s USB jump drives. We got ours from one provided by the DoE.)

My principal is now officially retired. The party was huge; nearly the entire village came. I got to be involved in the slaughter and dismemberment of a cow, which was tremendously interesting. (I did a pretty graphic post on it, you can check it out if you like here.) I spent most of the party chatting with two of my principal’s three daughters (one born out-of-wedlock, one not) who are at their first year in college in Pretoria and Johannesburg. Their English was excellent; one was studying to be an doctor and the other a clinical psychologist. It’s always revealing to see someone who has escaped the village.

Since both these women spoke English about as well as I do, I got an up-close view of the rancid sexism that permeates South African society. As this party progressed and people got liquored up, each one had to turn down a sleazy pass about every twenty minutes or so. Then people talked trash to them because they were speaking to me in English and not Setswana—the standard progression of male jerk-off behavior, first a crude come-on, then anger at rejection. “What, you think you’re too good for me!?”

The women dealt with it a lot better than I did; I felt ashamed of my gender (yet again) and protective towards them as some of the men said they would be coming to their house later that night (just to "visit"). To them though, it was totally routine, in fact, they said it was much worse in Pretoria and Joburg. They were rather amused by my awkward offers of protection, but I think they understood I meant well. They said that in the village no one would dare try anything as they were under their father's protection (and he's a powerful man in the community). The courage of these women is stupendous; I can't imagine what it must be like in the city.

It seems to me that while the women in this country are victims of terrible abuse (South Africa has the highest recorded rates of assault and rape in the world), their culture is still functioning (to some degree), meaning they continue to participate in society, doing most of the heavy work of raising children, finding work, keeping house, etc.

Men, on the other hand, have a much worse cultural problem. The male culture here seems diseased: entitled, misogynist, violent, prone to crime and rape, alcoholic. It's perpetuated by astounding numbers of single mothers (or grandmothers) and lack of male role models. An example: in 2006 the current president, Jacob Zuma, who has three wives, was acquitted of rape in what was basically a technicality. Outside the courtroom, his supporters were burning pictures of his accuser. (Quick aside--I'm sure to an anthropologist, I'm playing fast and loose with the word "culture." I don't mean to refer to something inherent to the Batswana, or Zulu, etc. I'm just using it as a shorthand for how men behave as men here in South Africa.)

Well, that got rather depressing. I don’t want to give the impression that all males here are evil—I know several here that seem to have turned out okay. Generalizations are always partly wrong. In any case, the next day one of the grade 8 boys asked me why the two women talked to me for hours and casually rebuffed the advances of several of his friends. “A ka gore wena ke lekgowa?” (Because you’re white?) “Nnyaa,” I said. “Ka gore ke buile ka bone jaaka batho.” (No, because I talked to them like people.) I’m not sure if that made sense, but it was the best I could do in Setswana, and the English didn't seem to be getting through. I’m pretty sure he’s convinced I slept with both of them, but one has to keep trying.