What are parks for? 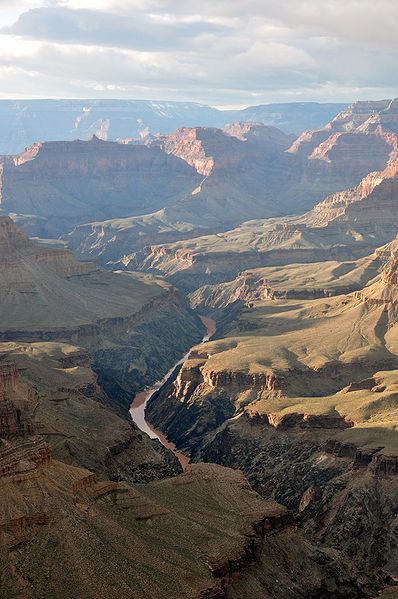 
I'm not sure the world agrees with us, but, yes, in the US we seem to lean a bit too much towards parks as pockets of "nature" rather than as pleasant public spaces where people are actually welcome and human activities are encouraged and enabled. A nice park can have performance spaces, cafés, sports fields, etc.

He's talking about city parks, and how in DC they often don't seem to have much to offer in terms of recreation. As far as cities go, I heartily agree. The whole place is built entirely for people, and any existing "ecosystem" is completely centered around people anyway, so you might as well go whole hog and try and make the thing as attractive and useful to city residents as possible, in addition to being spots with growing green things.

There is a real tension here, though, especially when we're talking about state and national parks with actual wilderness. After all, to provide development for people to enjoy a park more readily in the way Atrios describes almost always involves cutting back on the "wilderness" aspect of the park.

A chapter of my favorite book deals with this issue:


The Park Service, established by Congress in 1916, was directed not only to administer the parks but also to “provide for the enjoyment of same in such manner and by such means as will leave them unimpaired for the enjoyment of future generations.” This appropriately ambiguous language, employed long before the onslaught of the automobile, has been understood in various and often opposing ways ever since. The Park Service, like any other big organization, includes factions and factions. The Developers, the dominant faction, place their emphasis on the words “provide for the enjoyment.” The Preservers, a minority but also strong, emphasize the words “leave them unimpaired.” It is apparent, then, that we cannot decide the question of development versus preservation by a simple referral to holy writ or an attempt to guess the intention of the founding fathers; we must make up our own minds and decide for ourselves what the national parks should be and what purpose they should serve.

(The whole book is worth a read, by the way.)

One example is the most famous natural wonder in America: Grand Canyon. Most people don't know that the whole of the Colorado River through Grand Canyon was very nearly dammed from top to bottom back in the 60s. It's probable that this would have greatly increased the number of people down in the canyon—something like 20,000 people take river trips down the Colorado through Grand Canyon every year, as compared to about three million that visit Lake Powell (a reservoir upstream). Of course, more than five million visit the Grand Canyon in total, but most of those are driving and hiking, which could largely still be done in a dammed Canyon, while a reservoir would have drastically increased the powerboat and jetski population.

Yet I for one would regard having dammed the Grand Canyon—and the actual damming of Glen Canyon—as an ecological and moral catastrophe.

I'm still chipping away at The Power Broker, but in it we see Robert Moses's vision of a state park, basically the highly-developed one, and how he clashed with a lot of old rich conservationists, who were mostly defeated. I do have to appreciate the way he made some kind of recreation possible for the vast hordes of New Yorkers. I'll concede that some large state and national parks, particularly the ones on the East Coast where the original ecosystem is already basically destroyed, should in the interest of the greater good be made into giant city parks.

But there should be a place for unspoilt wilderness to be preserved as much as possible. People should be allowed to see it, of course, but on dirt roads and bikes and their own two legs. Abbey again:


What does accessibility mean? Is there any spot on earth that men have not proved accessible by the simplest means — feet and legs and heart? Even Mt. McKinley, even Everest, have been surmounted by men on foot. (Some of them, incidentally, rank amateurs, to the horror and indignation of the professional mountaineers.) The interior of the Grand Canyon, a fiercely hot and hostile abyss, is visited each summer by thousands and thousands of tourists of the most banal and unadventurous type, many of them on foot — self-propelled, so to speak — and the others on the backs of mules. Thousands climb each summer to the summit of Mt. Whitney, highest point in the forty-eight United States, while multitudes of others wander on foot or on horseback through the ranges of the Sierras, the Rockies, the Big Smokies, the Cascades and the mountains of New England. Still more hundreds and thousands float or paddle each year down the currents of the Salmon, the Snake, the Allagash, the Yampa, the Green, the Rio Grande, the Ozark, the St. Croix and those portions of the Colorado which have not yet been destroyed by the dam builders. And most significant, these hordes of nonmotorized tourists, hungry for a taste of the difficult, the original, the real, do not consist solely of people young and athletic but also of old folks, fat folks, pale-faced office clerks who don’t know a rucksack from a haversack, and even children. The one thing they all have in common is the refusal to live always like sardines in a can — they are determined to get outside of their motorcars for at least a few weeks each year.