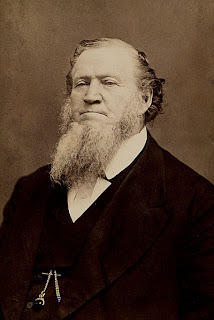 I just want to second this one from James Fallows:


But it's worth saying something that often gets skipped past in the political handicapping. To be against Mitt Romney (or Jon Huntsman or Harry Reid or Orrin Hatch) because of his religion is just plain bigotry. Exactly as it would have been to oppose Barack Obama because of his race or Joe Lieberman because of his faith or Hillary Clinton or Michele Bachmann because of their gender or Mario Rubio or Nikki Haley because of their ethnicity. I also think that if we were reading handicapping stories about any of those other situations, we'd be getting frequent reminders that what we were talking about was, in the end, simple prejudice.

I grew up in Utah, and yes, Mormons do have some kooky beliefs.  But (to paraphrase Jon Krakauer) the veracity of the Book of Mormon is no less dubious than that of the Bible, the origins of which are lost in the mists of history.  Furthermore, the Bible has the benefit of a long history of serious intellectuals grappling with the latest scientific results, trying to wrestle the Bible's narrative into some kind of metaphorical shape consistent with observable reality.

Basically, there's lots of reasons to reject Romney.  His religion isn't one of them.  As Al Smith said:


Let me make myself perfectly clear. I do not want any Catholic in the United States of America to vote for me on the 6th of November because I am a Catholic. If any Catholic in this country believes that the welfare, the well-being, the prosperity, the growth and the expansion of the United States is best conserved and best promoted by the election of Hoover, I want him to vote for Hoover and not for me.

But, on the other hand, I have the right to say that any citizen of this country that believes I can promote its welfare, that I am capable of steering the ship of state safely through the next four years and then votes against me because of my religion, he is not a real, pure, genuine American.