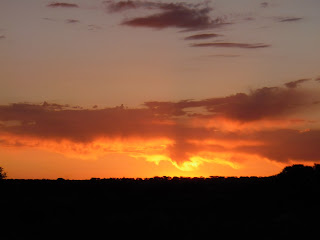 For this post, I'm going to take a look at the subjective experience of the culture of each country. My friend in Nicaragua describes her experience as deeply humbling. She says, "my host grandmother gets up at 3:00 in the morning to start making tortillas and cooking beans, serves my host brother breakfast at 4:30 before he goes off to work in a sweatshop, then does laundry and cleans, then makes me lunch when I get done sitting on my butt receiving class, then continues working until bedtime." Her host brother has a computer science degree, but works twelve hours a day sewing shirts and is damn happy to have any job at all. He will still attempt to pay for taxis and things for my friend even though he is the only one supporting a family of five. It's not all good—apparently in one of the heavily Sandinista areas a bunch of men attempted to kill a PCV awhile back just because she was American. But overall the Nicas, she concludes, are basically decent, surprisingly well-educated people that had the bad luck to get on the wrong side of the US's idiotic and cruel anticommunism rampage through Central America. Now, I'm a very cynical person, so I would undoubtedly find more fault with things than my friend there, but that's her impression as best I can report.

In South Africa, I do see a lot of good humor and generosity, particularly within the family unit.  But I also see a public culture shot through with a heavy dose of grievance and entitlement, and very little sense of responsibility or duty. Though other volunteers say my experience is not typical, I still get people begging for money nearly every day.  When asking teachers about the strike, they framed their reasons for participation entirely in terms of what they deserve.  "The government owes us this money!"  When visiting a new site, the first question out of nearly every person's mouth is, "What can you do for us here?" with the context, sometimes stated outright, of wanting money.  Where my friend has been humbled, I have probably picked up some cockiness as when it comes to science, maths, or computers (things that crop up frequently) I am light years ahead of anyone in the village.  (The truth, of course, is that I am not an expert in maths or computers, and only passable at science.)

Now, lest you think this is just one more crotchety rant from the Oscar the Grouch of Peace Corps, let me tell you about my host family back in our training village.  It was a grandmother and two children, and they were truly excellent to me, one of the few real connections I have made here.  The grandma was a pensioner, still working hard raising her daughter's children, but was one of the funniest and cheerful people I have ever met.  She worked hard on my Setswana, mostly so I could understand her endless jokes.  The youngest child, a girl, was a bit of a snot, but her brother, a boy of about ten, was an absolute gem.  He was in Grade 4, the age where the schools are supposed to switch to English, and during the couple months I was there his English improved approximately 1000% (partially, I'd like to believe, because I was practicing with him almost every night).  We would watch Generations (a soap opera) together, and he would ask me endless questions about anything he saw on TV, questions like "what is a spaceship?" and "how does an airplane fly?" and "why is the moon round?"  I tried my best to explain, and may have even succeeded on occasion, judging by his looks of round-eyed wonder.

My first weekend at the host family's site, the grandma was away at a funeral and the kids were in Pretoria with their mother, so I spent the time reading The Brothers Karamazov and hanging out with the emaciated and AIDS-stricken uncle, who spent most of the time sleeping.  I was feeling alienated and lonely, but when the kids and the grandma arrived, they were positively writhing with excitement when they saw me.  They put on an old tape of some gospel singer and all four of us danced in the living room, the girl riding on my shoulders.  It was a defining experience.

The upshot of this story is that the issues I mentioned with South Africans are not innate—rather they are the entirely predictable result of one-party rule and the lingering effects of Apartheid.  There are people here of the highest quality, and I have been honored to know a few of them.